Just added to your cart

Free UK Shipping on all orders.

So the latest Google Core Algorithm Update is upon us and that means only one thing - PANIC! Just kidding, I'm sure you'll be fine. Even if it isn't, we've collated some of the best memes from around the web to lighten the mood a little.

So where better than to start our list with a Squid Game meme? That's right, last year! But this is still a pretty cool one so let's keep it in. We know what a smack in the face it is when you think you're doing everything right and then BAM! Google comes along and spanks your rankings to oblivion.

Let's face it, we all know when the core algo updates are coming, there's no point running. That doesn't mean we won't try. Or even if we don't, we can whine and bitch about it: Nothing hurts more (well, actually, plenty of things hurt more) than flying up the rankings only for Google to change their mind about your site and knock you down a few pages. With extreme prejudice! Of course, not everyone sees a rankings drop during a core algo update, as the following meme from serial memer Izzi Smith demonstrates: 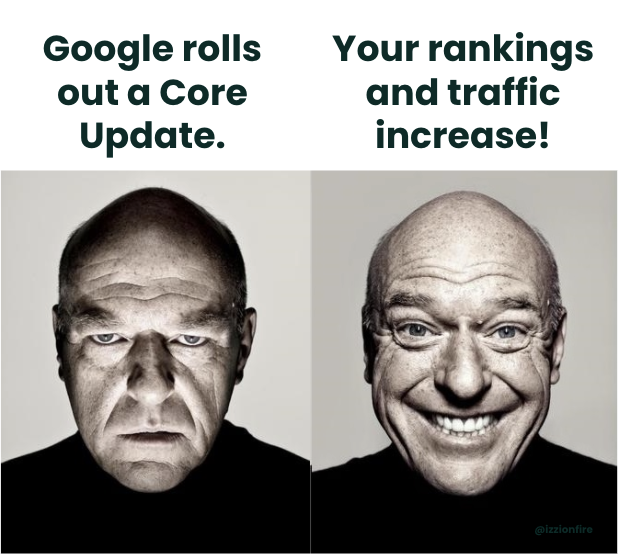 Remember, if your rankings are stable, or even improve, during a Google update its very very important to be smug about it. It makes it that much more painful for those who suffered. So its all worth it.

Here's another gif to perfectly sum up that feeling of recovering traffic during a core algo algorithm:

We all miss the days when updates were named after cute animals. Let's face it, penguins, pandas and hummingbirds are awesome! Maybe someone should set up a change.org petition to bring back the cool update names? If you ask me, it all went downhill with the medic update. That was meh.

Of course, many of us suspected that there was an update coming from Google as the following meme from the queen of Core Algorithm Updates, Marie Haynes shows: 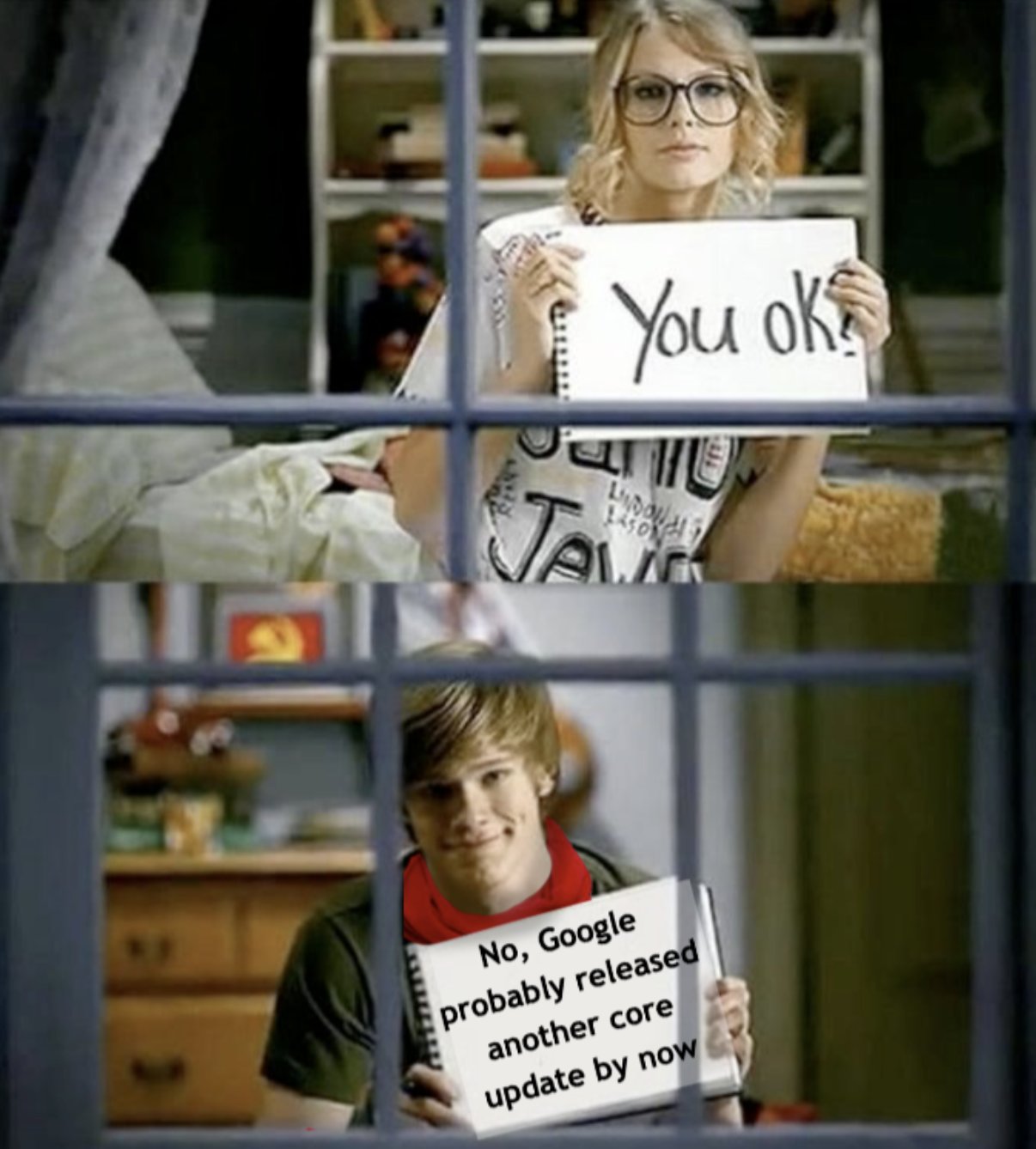 Yes, we did suspect it was coming. No, we were not calm about it. Ha! In fact, some of us were outright upset such as British soap opera legend, Phil Mitchell, is in this meme: Its so true Phil. So so true.

The following meme combines my two favourite things; memes and Captain Picard (NERD!). The perfect combination in my opinion: Let's face it, we put a brave face on things. We claim things like "if your website is good then there's nothing to worry about". But if we're honest with ourselves, we're all worrying as this meme shows: Ever feel like you're about to score a home run and BAM! You get taken out at the last hurdle? Yup, you've been hit by a core algorithm update.

And finally, where better to finish than a Samuel L. Jackson action figure? Any memes that we've missed out? Let us know on our Facebook group: SEO Jokes and Memes